Evolution of scrapbooking - a personal story 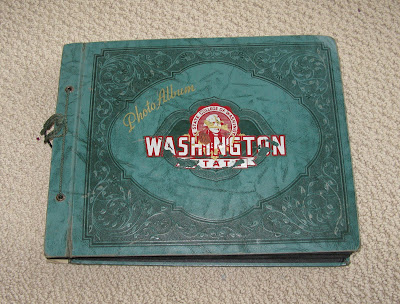 I don't recall much fuss being made about scrap books when I was a kid. Although it's true that my mother saw most of her vacations and travels through the view finder of her camera, she stuck mainly to slides, which don't elicit much response when attached to the pages of a photo album. Even as a kid I found those family slide shows much too boring to sit through. I have to wonder why we forced those events upon family, friends and neighbors. Not only the blurry out-of-focus photos or 12millionth view of the same subject, but the monotone voice of the man or woman behind the slide machine droning on and on and on and . . .


It can only be described as extreme delight that I discovered Mom did keep a photo album of her years in college. What a happy treasure to have! It covers her college life and summers from the late 1930's to the early 1940's. Black and white photos with within white borders, adhered with photo corners to black pages with descriptions written in white. All bound in an embossed album adorned with a decal of her school, Washington State College, many years later to become Washington State University or WAZZU as we fondly like to call it.
I'm about to share pages from this album with you. I doubt I'll have a lot to comment on and I am sure they mean a lot more to me than to you. But this is not only part of my ancestry, it's part of the evolution of scrapping in my family. 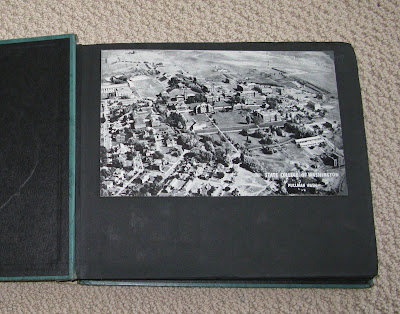 The first page which appears to be an untitled title pages is an aerial view of the Washington State College campus most likely taken in the late 1930's. 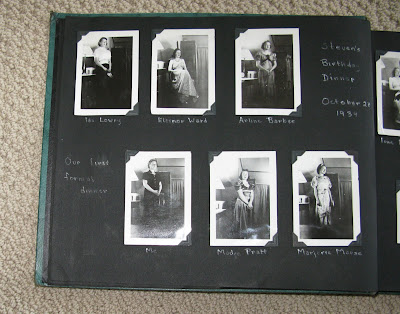 College dorm mates of Steven's Hall ready for their first formal dinner. My mom is the woman in the lower left corner. 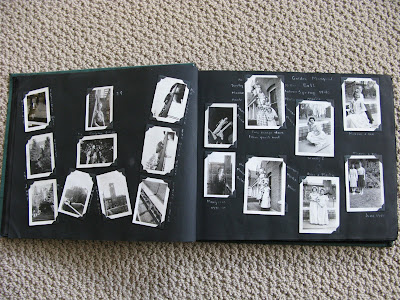 My mother always claimed to have no artistic ability but this album proves that she is more creative than she gives herself credit for. Notice the left page photos of campus scenes form a "W" for her school. 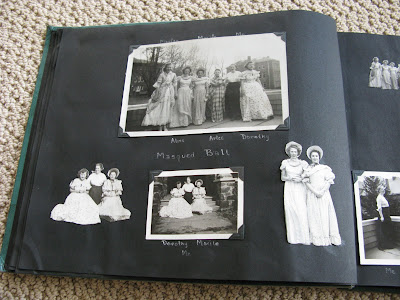 All dressed up for the "Masqued Ball." I like how Mom cut out some of the figures in this layout. 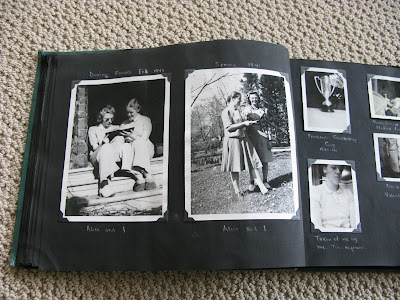 I think the use of different size photos really adds interest to this album. She was very good about labeling the photos, although I wish she had spent a little time journaling, too. 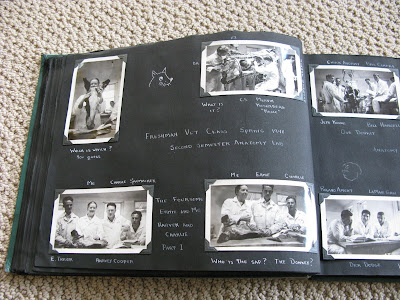 Mom was a veterinary student and I love that she has photos from her lab classes! In those days it was very unusual for a woman to study in this field. 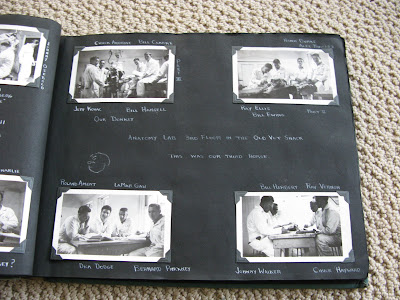 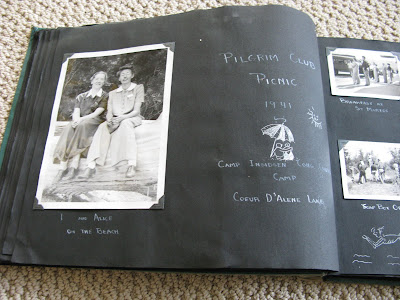 I really appreciate that Mom put a lot of photos of herself in her album. This is something a lot of women neglect to do! I particularly like this photo. Mom had the honor of standing up with the other woman in the picture when she married. 60 years later I drove Mom to the 60th Wedding anniversary of this same friend. 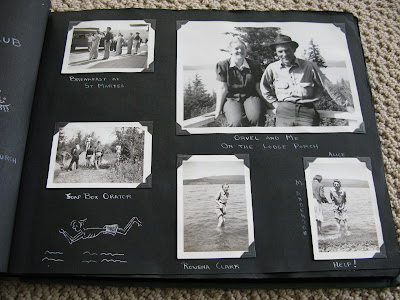 One of Mom's old flames in the upper right. I don't know who drew the little guy diving into the water but I love it! 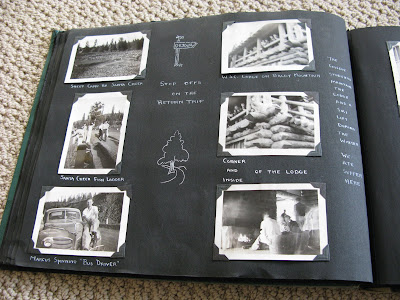 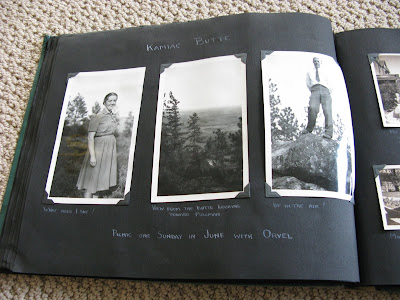 I love how she put the photos together on this page. 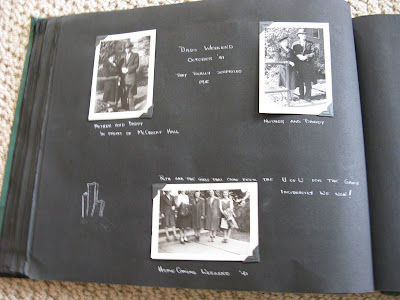 Mom went to school a long way from home (for those days). The couple in the upper photo are her parents (my grandparents) on Dad's Weekend in 1941. The girls in the lower photo are from the cross state rival school... you may have heard of the University of Washington Huskies... 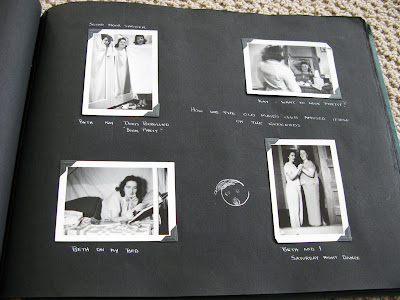 Love the caption on this page... if you can't read it, it says.... "How the Old Maids Club amused itself on the weekends." 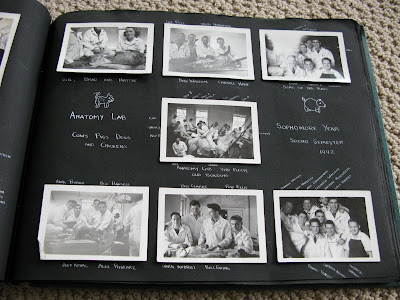 Sophomore year (1942) back in the animal anatomy lab. 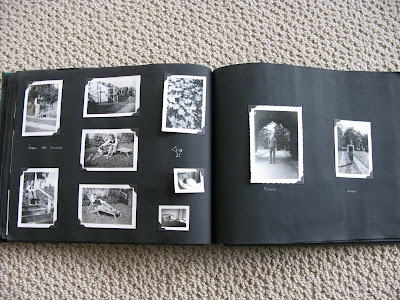 Another one of my favorite pages.... Mom's sister and brother in law, Aunt Jean and Uncle Ernie. 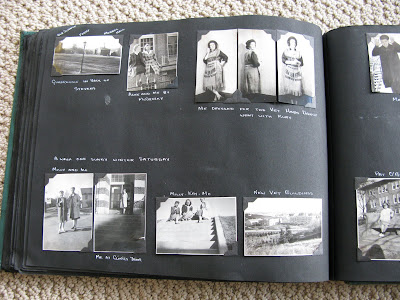 I like how Mom grouped the photos of herself dressed up for the Veterinarian Hobo Dinner. 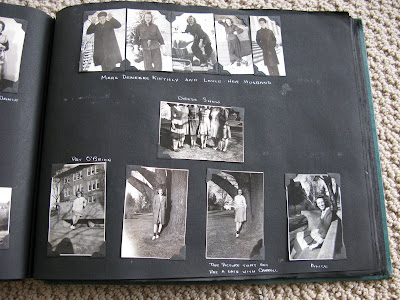 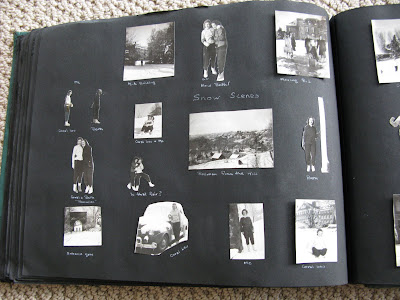 This page really amuses me. She captioned it, "Snow Scenes" but seems to have cut much of the snow out of the photos! LOL 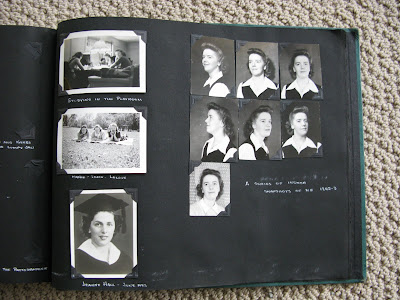 Once again, I really appreciate the number of photos Mom included of herself in her album. And on this, the last page I will share with you, I love her photo montage in the upper right. 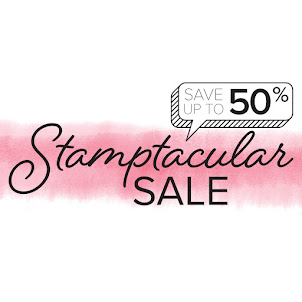 June Stamp of the Month: I Heart Summer 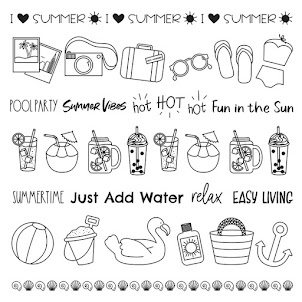 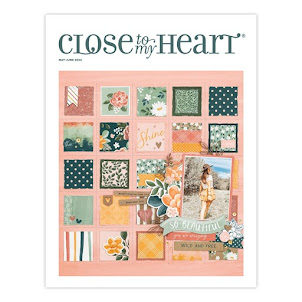